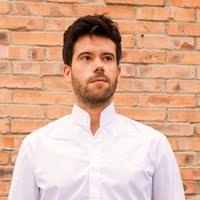 Despite representing a major threat from a medical, social, and economic point of view, the COVID-19 pandemic also opens a window of opportunity in transnational cooperation and science diplomacy in the Ibero-American region.

In February 2020, Brazil was the first country in Latin America to report a case of COVID-19. Within weeks, nations across the region had gradually closed their borders, enforced lockdowns, and slowed down economic activity. Three months later, Latin America has registered more than 370,000 cases of coronavirus. But the worst might be yet to come: countries should prepare for rapid intensification of the pandemic over the upcoming weeks.

Latin America presents both advantages and vulnerabilities when it comes to COVID-19. The existence of weak states, fragile healthcare systems, low economic growth rates, and high levels of poverty, inequality, and informality pose major obstacles to effective mitigation. The onslaught of the virus came at a bad time. An ongoing dengue outbreak, which infected more than 3 million people in 2019, further complicates the situation in the region. Addressing two epidemics is a major task, especially for countries with poor healthcare resources.

Moreover, and looking at countries such as Venezuela, El Salvador, Guatemala, or Honduras, the pandemic is taking place against the backdrop of preexisting humanitarian crises. Seventy percent of hospitals in Venezuela lacks reliable running water and sixty percent of the country's population is classified as food-insecure.

On the other hand, however, governments can take advantage of the late arrival of the virus and learn from international best practices as well as major failures of countries across Europe and Asia. In this regard, the COVID-19 crisis epitomizes the immense long-term potential of science diplomacy and both regional and international cooperation.

In the last decades, various multilateral organizations have contributed to further the academic and scientific development of the region, namely UNESCO, the Organization of Ibero-American States (OEI), or the Ibero-American General Secretariat (SEGIB). A noteworthy effort is the Ibero-American Program on Science and Technology for Development (CYTED), established in the early 1980s to strengthen scientific cooperation between Spain, Portugal, and Latin America.

However, how are science advice mechanisms embedded in the formulation of public health policies in the different countries of Ibero-America? What is the role of multilateral coordination in light of the pandemic? How do biomedical research, clinical care, and public health measures interact in this context? How can science diplomacy contribute to better coordination among Ibero-American countries, as well as a better international influence of the region?

To discuss some of these issues, at SciTech DiploHub, Barcelona Science and Technology Diplomacy Hub, we held the fourth of our online sessions, under the title “Science diplomacy against the pandemic: Ibero-America’s response to COVID-19”. These SciDipTalks bring together leading specialists in global health, science diplomacy, technology and geopolitics from world-class institutions to open up and bring in-depth analysis and expertise on the current outbreak to the public debate.

According to Felix Garcia Lausin, Director of the Ibero-American Space of Knowledge at the Ibero-American General Secretariat (SEGIB) «multilateral cooperation in science and technology is crucial to identify mitigation and adaptation strategies across boundaries and transfer knowledge and best practices in areas such as biomedical research, Big Data, Artificial Intelligence, reindustrialization or online education». He believes better coordination mechanisms among the 22 countries which comprise the Ibero-American community can lead to a mutual learning process, thereby supporting preparedness and response strategies to future major pandemics. «Public health professionals, epidemiologists, biomedical researchers and tech experts are already cooperating. Multilateral organisms should foster these scientific networks and translate this knowledge into policy formulation».

The emergence of new cooperative linkages within and among countries in Ibero-America was one of the points raised by Sandra López Vergés, Research fellow at the Department of Virology at the Gorgas Memorial Institute of Health Studies in Panama City. «In the midst of the COVID crisis, the government of Panama has created new science-policy interfaces as well as an interdepartmental task force, the Health Emergency Operations Center. The pandemic has also spurred both interdisciplinary and international collaborations while empowering the scientific community in the public debate». In May 2019, the Ministry of Foreign Affairs of Panama put forward a Science, Technology and Innovation Diplomacy Strategy, aimed to promote and strengthen the links between the scientific community and the diplomatic corps and to export the country’s scientific knowledge worldwide. 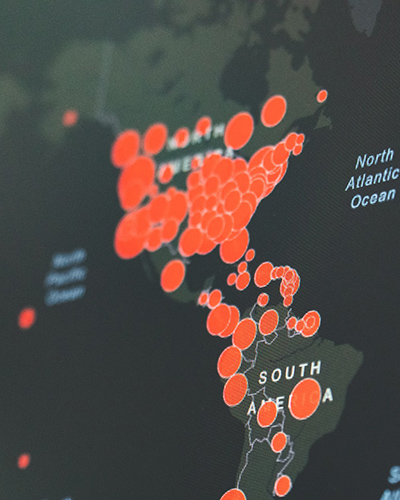 In the same way, Maria Elena Álvarez-Buyllá, Director of the Mexican National Council of Science and Technology (CONACYT), stressed: «the COVID19 pandemic has fuelled new virtuous mechanisms of open science and open innovation as well as new collaborations between academy, industry and public institutions in Mexico». She also highlighted the need for greater awareness of the concept of “Planetary Wellbeing”, focusing on the increasingly visible connections between the wellbeing of humans, other living things and entire natural ecosystems. «The accelerated pace of deforestation and the destruction of biodiversity have greatly contributed to the conditions for the outbreak of new infectious diseases such as COVID-19».

Frances Colón, Leadership in Government Fellow at the Open Society Foundation and former Deputy Science and Technology Adviser to the U.S. Secretary of State, highlighted how a strong bet for science diplomacy and science-policy interfaces on the past is now bearing fruits. «We are witnessing the clearest case study for science diplomacy ever. Science diplomats are creating and negotiating guidelines on data sharing and reuse, combating disinformation, establishing international best practices adapted to local circumstances and promoting new research collaborations». However, Colon also stressed how the US’s sharp departure from multilateralism is hampering global mitigation strategies. «Distrust in evidence only exacerbates an erosion of public trust. The substantive absence of US government in science diplomacy in the last years has encouraged independent scientists to fill the gap».

According to Eugenia Corrales, Research Professor of Virology at the Research Center for Tropical Diseases at the University of Costa Rica, the COVID-19 crisis has strengthened the triangle between biomedical research, clinical care, and public health measures in Costa Rica. «The expertise in public health and science diplomacy by the leaders of both the national public healthcare system (the Costa Rican Social Security Fund) and the Ministry of Health has positively contributed to better emergency management and preparedness». Moreover, the government of Costa Rica has partnered with the World Health Organization (WHO) to create a voluntary data repository to collect patent rights, regulatory tests data and other medical data by invited NGOs, industry partners and other relevant actors in the WHO member states.

Despite representing a major challenge from a medical, social, and economic point of view, the COVID-19 pandemic also opens a window of opportunity. Transnational cooperation and science diplomacy can greatly improve local capacities and preparedness in Ibero-America. On the one hand, it can help countries strengthen their national R&D systems, as well as to better coordinate their science policy instruments. On the other hand, science diplomacy can serve as an anchor point to reinforce alliances in science and technology within Latin America and enhance greater international cooperation between Latin America and the European Union.

The challenge posed by COVID-19 has no parallel in recent history. The values of scientific cooperation −trust, transparency, and solidarity− remain the best guideposts in these uncertain times. The Ibero-American region has the opportunity to mobilize its scientific and technological capital in favor of a global strategy, contributing to better management of future pandemics, and positioning itself as a reliable and influential partner through science diplomacy.

Alexis Roig is CEO of SciTech DiploHub, the Barcelona Science and Technology Diplomacy Hub, Professor at the University of Shanghai for Science and Technology and has over 10 years’ experience as senior advisor on science diplomacy for ministries of Foreign Affairs, Science, Research and Education across Asia and Europe.