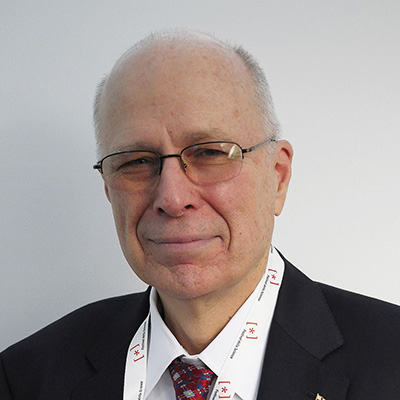 Originally Published at Science and Diplomacy

Catastrophic failures of the science-policy interface in many countries and globally have led to disastrous outcomes for public health, the economy, and international collaboration. The science-policy interface is a short-hand description of the system by which the best scientific information and advice is provided by the most knowledgeable institutions and experts, acted upon by key decision-makers in government, and provided to the public.

Many of the failures are due to incompetence in government, but there have also been failures by scientific institutions and advisors who recognized the emerging threat but were unable to marshall support for timely effective action.  As one wise analyst concluded, “whether the science-policy interface is judged to have been a failure or success should not be measured by whether politicians have listened to some scientists at all, but whether they have done the right thing at the right time in line with the available scientific advice.”

The world now recognizes that we are at war with the novel coronavirus, SARS-COV-2, which causes the disease COVID-19. The initial missteps have been costly as top government leaders downplayed or covered up the crisis in the beginning. Well documented are failures by (i) the Chinese government to alert the world early and quickly supply diagnostic data, infection statistics, and World Health Organization (WHO) access and (ii) the United States government to take timely mitigation action and employ early testing.1,2 Mistakes in early action occurred elsewhere as well, including in the United Kingdom, several countries in the European Union, and at WHO.3 Misinformation campaigns by some government leaders and actors on social media created public confusion and delayed action. If all governments had acted early and in unison, the public health and economic impacts would have been far less. This global pandemic is the first truly global crisis in history, affecting virtually every person on the planet at approximately the same time. As one expert said, “even the most self-interested person or nation has a vital interest in global pandemic suppression.” 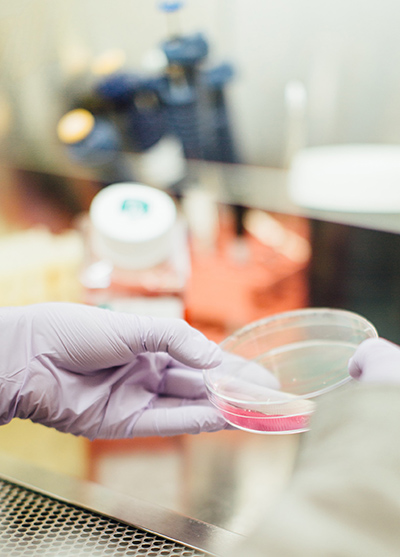 That so many advanced countries with highly capable science advisory ecosystems had failures and were unable to act wisely and early is astounding. This outcome is especially surprising since the worldwide public health community was very much aware of the threat of pandemics coming from experience with 2003 SARS, MERS, Ebola, Avian Flu, and knowledge of pandemics throughout history. The significant threat to the world posed by a new pandemic was also well known by many scientists, economists, health experts, and security professionals inside governments. Plans and preparations were on the shelf.

Dealing with this powerful adversary illustrates what can be lost if the science advisory systems at the national and global levels are flawed and political leaders do not listen to highly expert scientific advice. Of course, politicians have to include other factors besides science in their decisions, but ignoring science until a crisis is a prescription for disaster. Notably, there have been some successes in dealing with COVID-19 that illustrate it is possible for nations to harness the best scientific advice and take effective action. Positive examples include Singapore, Taiwan, Republic of Korea, Austria, and Germany. Medical experts have pointed to the importance of robust public health care systems, early diagnosis through early broad-based testing so patients can be treated early, carefully-crafted mitigation measures, and “rational decision-making at the highest level of government combined with the trust the government enjoys in the population.”4

Efforts at global cooperation at the nation-state level have been incomplete at best. The leaders of the G7 in March issued a communique committing to a strong global response to the COVID-19 pandemic through closer cooperation and enhanced coordination of efforts. It said “we will increase coordinated research efforts, including through support for the global alliance Coalition for Epidemic Preparedness and Innovation (CEPI)” and “support the launch of joint research projects…and the sharing of facilities.”5 Yet ongoing disagreements between many governments continue to affect the ability to optimize responses to the pandemic, maintain access to medicines and medical supplies, and support scientific collaboration and information sharing. The global effort to tackle the COVID-19 pandemic has been hampered by political conflicts between the U.S. and China. The accelerating “tit for tat” between the leaders has been a self-inflicted wound on both countries. The G7 communique did not mention China.  Collaboration among all nations is especially needed to assist the poorest countries as the virus spreads. These countries are at even greater risk of enormous suffering and potential societal collapse.

Even with the failures at the science-policy interface on COVID-19, there is hope going forward. The global scientific community has engaged in unprecedented scientific collaboration and sharing of information that accelerated from the very beginning. The Chinese medical and scientific community published in January the gene sequence of the virus, and issued in a leading medical journal, The Lancet, what they had learned dealing with COVID-19. It was a warning to take early action that went unheeded by governments almost everywhere. Only with recent modeling analysis by universities, using what is known from Chinese data and its implications, and listening to the best science advice from experts like Tony Fauci, have the U.S. and U.K. governments moved to mitigation and suppression strategies in an attempt to avoid overwhelming their hospital systems.

The worldwide science and technology communities in the public and private sectors have been mobilized to deal with the pandemic, rapidly advancing the development of new diagnostics, therapeutics, and potential vaccines. International cooperation with initiatives and funding on vaccines—such as through GAVI (the vaccine alliance), CEPI, and private foundations—working with promising vaccine developers have helped to accelerate progress. Experts have also provided their advice in public fora. Harvey Fineberg, chair of the National Academies of Science, Engineering, and Medicine committee advising on the pandemic, recently laid out his views in an editorial in the New England Journal of Medicine entitled “Ten Weeks to Crush the Curve.”6 From all these efforts the public now has a greater appreciation of having good science advice provided to government and society.

Top economists inside and outside governments are advising in many outlets on actions to prevent a worldwide economic collapse. Extraordinary actions are being taken by central banks on monetary policy, and governments are providing large amounts of funding and loans—fiscal stimulus on the order of ten percent of GDP in some countries—to help businesses and individuals survive the economic downturn. The United Nations Secretary General António Guterres has called for solidarity and increased funding for a global humanitarian response to help the world’s most vulnerable countries in the fight. Yet large uncertainties exist regarding the size of GDP decline and job loss in countries and the possibility of recurring waves of infection stretching for months. Our early and ongoing experiences warrant examination for lessons at institutional, national, and international levels. Until there is a vaccine that can be widely distributed worldwide, much more needs to be done to vanquish SARS-COV-2.

The science-policy interface at the international level for dealing with all of our global challenges has shown weaknesses and successes. A positive development long before the current crisis came from the creation of the Intergovernmental Panel on Climate Change (IPCC). It has been a partnership of the worldwide scientific community, national governments, and the U.N. for understanding the implications of anthropogenic climate change and policies that could help mitigate the damages.  This partnership helped lead to the Paris Climate Agreement. Another positive development came in 2015 from the diplomats who negotiated the seventeen Sustainable Development Goals (SDGs) as part of the UN 2030 Agenda. They wisely recognized that the science-policy interface had to be strengthened at the national and global level. The Technology Facilitation Mechanism (TFM) was created as part of the 2030 Agenda to provide advice on how to harness better knowledge from science, technology, and innovation (STI) to achieve the seventeen SDGs.

The TFM has been conducting an annual multi-stakeholder forum, called the STI Forum, with help from an Interagency Task Team (IATT) of international agencies and a ten-member group of non-governmental experts appointed by the UN Secretary General, to advise the highest bodies at the UN. Much useful dialogue has occurred, and a number of initiatives with significant promise—such as national “STI for SDGs roadmaps”9—have been created by working groups of international agencies and countries. The output of the TFM has not yet greatly influenced the policies and actions of national governments. The TFM is a significant resource—its work needs to be supported and expanded at the UN, and greater attention paid to it by the member states. The TFM also has to think carefully about the impact of what has been learned from the pandemic on global strategies for achieving all of the SDGs.10 All of our international institutions should accelerate their efforts to incorporate high quality science advisory mechanisms and utilize them to confront our many global challenges.

The hope is that the current political tensions and the pandemic will not cause further roadblocks to building better science advisory ecosystems, within countries and globally, and to strengthening international scientific partnerships and collective action. That collaboration—currently being accelerated in the global scientific enterprise to defeat SARS-COV-2—is needed for all countries to deal with these global challenges as well as for advancing science to improve the lives of all people and protect our planet.

Read the Original article at Science and Diplomacy

1. Laurie Garrett, “How Trump and Xi set the stage for the coronavirus pandemic,” The New Republic, April 2, 2020, https://newrepublic.com/article/157118/trump-xi-jinping-america-china-bl...

2. Yasmeen Abutaleb, Josh Dawsey, Ellen Nakashima and Greg Miller, “The U.S. was beset by denial and dysfunction as the coronavirus raged,” The Washington Post, April 4, 2020, https://www.washingtonpost.com/national-security/2020/04/04/coronavirus-...

7. The scientific leaders in China and the U.S. know each other well—in physics, for example, they are having candid discussions on how each can help its government to find the right policies to permit scientific collaboration to go forward. Scientific societies and academies are attempting to do the same.

8. This policy was enunciated by the U.S. government during the Reagan administration as NSDD-189.

10. An excellent start is the forthcoming policy paper “The COVID-19 Pandemic: A Wake-Up Call for Better Cooperation on Science and Technology Advice” by the UN Department of Economic and Social Affairs (DESA).