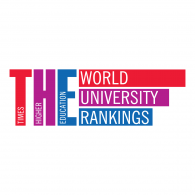 A major spotlight has been thrown on the way scientific advice is being given to and used by the UK government after it dramatically changed tack in the battle against the coronavirus outbreak.

The UK’s approach suddenly moved up a gear on 16 March and was followed by five days of ramping up interventions including school closures, the shutting of pubs and restaurants and social distancing advice.

Accompanying the shift was the publication of a paper from a team of epidemiologists at Imperial College London, one of the main groups advising the government on Covid-19, that concluded that such interventions were the “only viable strategy” to prevent the health service being overwhelmed.

It followed several days in which the previous government position was being increasingly questioned by some in the scientific community, with calls for more transparency on the advice being given.

The group at Imperial, led by Neil Ferguson, director of the Abdul Latif Jameel Institute for Disease and Emergency Analytics – who himself tested positive for Covid-19 last week – conducts modelling on the epidemic that then feeds into the Scientific Advisory Group for Emergencies (Sage), which advises ministers on various courses of action.

James Wilsdon, professor of research policy at the University of Sheffield, who is also vice-chair of the International Network for Government Science Advice, said the Sage system, where other subcommittees feed in specialised evidence depending on the crisis, was admired around the world.

But it was inevitable, he continued, that at some point there would be a review of the current crisis and how scientific advice had mixed with the politics of the situation.

“In general, Sage, and the UK approach for managing emergencies, is seen as one of the best systems in the world and something that other countries in general have followed and, in a number of cases, sought to emulate,” he said.

Read the full article at TheHigherEducation.com