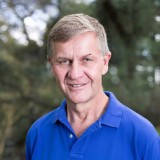 The important lessons to learn for future outbreaks.

Europe is hopefully through the worst corona wave. But new outbreaks may come over the summer. That is why it is so important that we now reflect on what is good and bad policy in the fight against the virus.

It’s not like some commentators have written, that we don’t know what works and that only future can tell. Some nations mainly in East Asia have been immensely successful so far and are likely to continue so. Deeply divided states under incompetent leadership, US and Brazil, are massive disasters.

There is an international gold standard for corona response. The closer your country follows it, the fewer will die. The recipe is called social distancing, extensive testing, active infection tracking and effective isolation of infected.

Asian countries reacted early and resolutely, following this recipe for success. No one has died in Vietnam. Mongolia does not even have cases of domestic infection. In South Korea and Singapore no one has died inside institutions for elderly and extremely few outside. New Zealand has declared victory over the virus and started hugging again. In Norway we have not been as effective as the Asian countries, but our number of deaths is also very low.

As I wrote two months back Sweden’s response to the corona crisis is one of the most risky political experiments we have seen in peacetime in any well-governed country.

Sweden will soon pass 5,000 dead, compared with 594 Danes, 324 Finns and 239 Norwegians. The death rate per capita in Sweden is eight times the Norwegian and 75 times the death rate in South Korea.

Sweden ranks in the least enviable sixth place in the number of deaths per capita in the world. Countries with death tolls higher than Sweden are all either exceptionally poorly led like the United States or they got the virus with tremendous power early and were overwhelmed such as Italy. Sweden is different. They got the virus at about the same time as Norway but have followed a calculated strategy that has resulted in many more deaths.

Read the full article at Medium